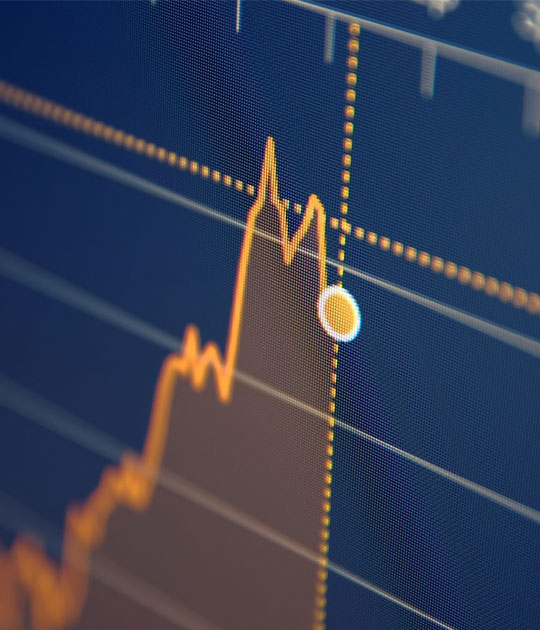 Publicly traded companies with multiple business units pose several major challenges to communications teams. With high volumes of coverage around each unit and several brand drivers to keep track of, it is difficult to understand message pull through and if the company is in control of its own reputation. Add high coverage spikes to this list of challenges and it is even more difficult to understand the success of a communications strategy. Despite this difficulty, proving the value of the communications department becomes even more essential at these companies, with both an executive team and board of directors to appease.

A leading business services company produces a regular study that receives a tremendous number of media mentions. A four-day coverage spike around the study’s release accounts for the clear majority of the company’s media mentions each month, as well as for the quarter. These mentions consist predominantly of statement of fact references, not brand messaging that the communications team drives.

The large amounts of coverage around the study posed a problem for the company. The team wanted to move their media measurement beyond keyword counts and potential impressions to enable a proactive communications strategy. However, with a media monitoring tool they could not cut through the massive number of mentions of the study to uncover the success of other earned media and strategic communications initiatives.

Transitioning to a Data-Driven Communications Approach

The company transitioned to a media intelligence solution that utilizes both top of the line technology and careful human analysis. With this solution, the company extracts coverage of the study from all other coverage and analyzes it separately. This allows the team to cut through the noise to understand where their strategy is working, as well as where they need to improve brand messaging and pull through, especially against competitors.

Measuring brand and reputation drivers is important to the team because the company as a whole is highly invested in furthering brand drivers like thought leadership. By pulling through thought leadership messaging around research that the company makes significant investments in, and increasing share of voice against competitors, the team contributes to the achievement of overarching company goals, demonstrating tangible value to the c-suite.

The organization relies on detailed media coverage insights to drive strategy around message pull through and share of voice. For example, the company uses data to determine which authors and outlets to target for editorial coverage. Looking at data that’s been collected over several months, the team can easily determine which authors and outlets to target based on factors like the authors’ tone toward the subject in the past and which outlets typically receive the highest social sharing.

The client did not replace their PR agency, but rather changed its role. While they rely less on the agency for metrics, they continue to work with their agency on strategic PR issues.

Armed with accurate traditional and social data, the company’s communications strategy is now proactive, rather than reactive. They can more effectively steer the conversation around topics they care about. They are not complacent with coverage that finds them, rather they are seeking out and finding the right coverage and reaching the right audience. This enables the team to boost reputation drivers, differentiate the company from competitors, and thus impact corporate goals.

Quarter over quarter data supports the team’s success with the more data-driven approach. The company continually increases its share of voice in the industry over competitors on topics they care about. Positive share of voice against competitors increased by 16% in one year. When coverage of brand drivers is broken down, the company has 5% more positive Thought Leadership coverage than competitors on average.

A Communications Crisis: Taking a Proactive Strategy in an Unexpected Situation

When a PR crisis occurred, the team was prepared because they had smart processes and a great partner already in place. While the company was fighting an unexpected situation that they could not prevent, the communications team was confident in their ability to shape the narrative around it and take a proactive strategy. The client requested 24/7 media monitoring which allowed the team to influence the story as much as possible by responding to any critical coverage right away. It also allowed them to assess the impact of their crisis management strategy in near real time.

Because the company had already taken a data-driven approach to communications, they used their backlog of data to quickly understand the scale of this media event. The team discovered coverage around this crisis outgained coverage of their regular study, an unprecedented occurrence. That insight helped them plan the resources and time needed to fight this crisis.

The company was understandably worried about how the high volume of coverage affected their reputation and wanted deeper insights. They assumed coverage would negatively affect their reputation, but data revealed that only 2% of the company’s coverage was negative and only 1% of coverage about their CEO was negative. In fact, coverage around the crisis drove increased positive coverage of many reputational drivers because the team continued to push key messaging to the right authors and audience.

Armed with these statistics, the VP of Public Relations proved the effectiveness of his team’s crisis management strategy to the executive team and proved to the board of directors that this crisis did not negatively affect reputation or overall business goals.

After seeing the power of data-driven measurement in daily communications, as well as in crisis, the company is now looking to integrate this practice across international offices to ensure accurate comparisons through company-wide metrics and a more unified communications process.