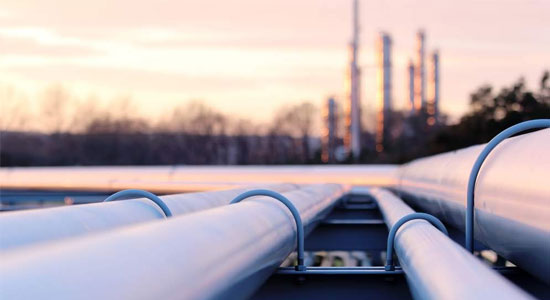 When you run the communications department for a pipeline company, every day is a balancing act. You need to push positive messages to key stakeholders while also countering key opposition and general coverage of safety and environmental issues.

Two key metrics for the team are whether or not they are successfully improving their brand’s corporate perception while mitigating the impact of negative coverage. At first glance, it is overwhelming to determine which of the seemingly endless negative coverage is just “loud noise” and which directly impacts their stakeholders. They need to get deep into the context of their coverage to uncover any useful insights.

The team’s top priority is to counter negative information about the pipeline by emphasizing its benefits to local communities. Secondarily, they focus their effort on keeping a positive perception to stockholders and potential acquirers – as mergers are prevalent in this industry. With PublicRelay’s analysis, the company can see what messages are having the most positive mentions whether it is CSR initiatives, investor relations, or community benefits. They can also see if their message penetration is growing or shifting and how the positive coverage of these messages compares over time. This helps put all coverage both positive and negative into context.

PublicRelay was able to notify the team that although they were dealing with legal backlash for one of their pipeline projects in Pennsylvania, their key messages about operational excellence and investor relations were essentially drowning out the negative coverage. They recorded a 12% growth in positive mentions on the topic of investor relations, as the company received praise from a major Wall Street publication for its restructuring arrangement and overall operational superiority. Insight like this allows the communications team to double down on communication strategies that are working and shift resources to other messaging campaigns that are not pulling through.

Gauging the Severity of Issues

In near-real time the team can measure and compare the traditional and social coverage around current and past pipeline projects down to a sub-topic level. This access to past analysis is essential to both identify if negative commentary is in a normal range or if they need to devise a strategy to quickly react to it.

For instance, PublicRelay was quick to alert the company when an issue with protestors affiliated with a religious group started driving the largest portion of negative coverage on the topic of land rights. They helped the company quickly pinpoint which social media users were driving around 60-70% of negative mentions about environmental issues, specifically gas and fracking concerns. Insight like this helps the company quickly create engagement strategies to counteract some of this negative publicity.

They further categorize this coverage into topics such as: safety, environmental, and legal issues so they can pinpoint exactly which topics are of main concern on a regular basis. This two-dimensional look their data enables the team to build out granular strategies for each of the key themes.

Furthermore, this data is analyzed quarter over quarter, to uncover areas where they historically dominated positive coverage and are now losing traction. For example, one quarter, the company’s positive mentions of community benefit and job creation had significantly decreased – particularly in Pennsylvania where their latest pipeline was being constructed. Given history, this outcome was not unexpected. The team used the data to pinpoint authors and outlets in the region and quickly set a plan to turn around positive coverage on those topics.

In volatile and regulated industries, quickly understanding your reputation in the market and how, or if, you need to react is critical. Using accurate and timely data to build and execute their PR strategy has made the communications team much more efficient and agile. They are also able to show their impact on key company goals like maximizing company value to potential buyers, investors, and local communities.